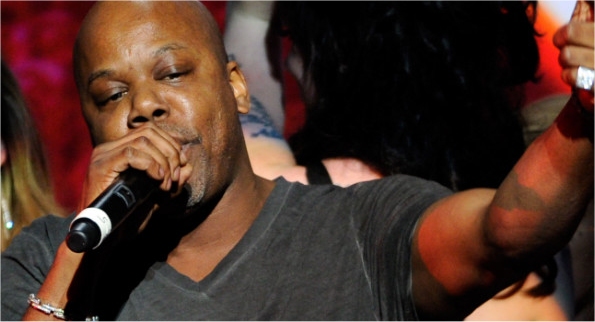 The Dangerous Crew Movement is still grinding along, and still growing.

The response to our Dangerous Crew features has continued to surpass all expectations and the unprecedented interest has only fuelled the desire to keep it moving forward with more interviews.

This time around, we get an exclusive interview with Too $hort for our on-going Dangerous Crew feature series. Nobody represents longevity better than Too $hort, and after 3-plus decades of releasing multiple classic albums, featuring a catalog spanning longer than most rapper’s careers, there seems to be no end in sight for the godfather of bay area hip-hop. Still, with such an illustrious and extensive career as Shortdog’s, many fans of west coast hip-hop and hip-hop in general don’t know the story behind the Dangerous Crew era of his career. But Dubcnn caught up with $hort once again, this time to reflect with Too $hort about this eclectic group responsible in part for his multi-platinum success through the 90’s west coast rap era.

During Part 1 of this conversation with Too Short last month, we discuss things like his old school partner Freddy B, how he and super-producer Ant Banks originally began to work together, why he hasn’t worked with guys like Shorty B, Pee-Wee and Ant Banks in a while, and we get some additional information on how some of the members became involved.

We’re back today with Part 2 of our exclusive conversation with Too Short. During the conclusion of this interview we discuss what happened to Father Dom’s seemingly impending solo debut, the possibility of the Dangerous Crew working together again in the future, Too Short’s personal Top 5 records in his vast catalog, and more!

Interview was done in December 2012. I mean, we had a lot of artists and like I said my boy Davey D was real homie-homie, and he just kind of took them under his wing. A lot of people were around I mean Dru Down and the Luniz were right there with my boy Chris Hicks; all of us were the same crew. Davey sees how I work with Ant Banks, Pooh-Man and all that, doing deals and shooting videos, he says, ‘hey Rappin’ Ron and Ant Diddley let me put your shit out, I got money’. He got a nice situation, he did the Cellblock albums, Bad N-Fluenz album, the FM Blue album; he had a nice situation. His shit was popular, it wasn’t like leaving the crew or stabbing me in the back, or I was not looking out for them. That was just how it all took place.

Dubcnn.com: Father Dom was featured on many of your albums, mentioned in songs, and given exposure on a few of your compilations during that time. After Goldy, he seemed to be the next to blow for you and Dangerous Music. What happened to Father Dom?

Yeah, Father Dom got mad at me one day because we were all just joking, and he got mad and wanted to fight me and shit. I don’t know, man, maybe looking back Father Dom was bi-polar or something, I have no idea. He used to have a bad attitude, that attitude just made it where I didn’t want to fuck around with him no more. After we made a bunch of albums and videos with him I just never put his shit out, and he went back to Oakland. He went through some real, real, real psychotic shit. I don’t know the story because I never heard details; I just heard rumors that he was going through some stuff. But whatever he went through, I have seen him in the last year or two and he’s not like that anymore, he got past, it you know?

Dubcnn.com: Do you think we will ever see that Dangerous Crew music again, Too $hort with Ant Banks, Pee-Wee, and Shorty B?

From me and those guys? I would work with all of them again. I don’t know how I would get them together, but if they would listen to me and still be opinionated like we used to be then we could definitely do some hot shit. It’s all in the drum programming. I listen to every song that’s out now, and you know, the drums are hot, and then it’s what you do after that. I’m pretty sure if I had Ant Banks, Pee-Wee, Shorty B and myself and some hot-ass drum programming that we’d make hits, no doubt. But I wouldn’t try to make some shit that sounded like 1992, I could be doing that right now and I’m just not trying to do that.

Last, but not least, I would have to say it’s a tie “Life Is…Too Short” and “The Ghetto”, just because I was more in tune with what kind of artist I wanted to be back then. I hadn’t strayed too much off into Too $hort the dirty rapper and I hadn’t really been labelled a hundred percent just yet. When I would do videos and drop singles there would be positive songs and shit, you know? The game wasn’t really ready for “Freaky Tales”, but now you can do that shit. I like those days when it was you had to be clean to be heard.
Dubcnn.com: Throughout your career you’ve worked with an eclectic list of producers. Do you have a few producers who you would call your “favorites” to work with?

That’s an easy one to answer because it has always been Ant Banks, and then later along the line came Lil’ Jon and Jazze Pha. Each one of them understands how to bring the best out of me and how to make beats that I rap to. There are not a lot of people like that, so I have always felt comfortable in the studio with one of those three. I know there’s a million guys out there, a lot of producers out there who are flawless and that I could have made tons of hits with, but those are my guys; Ant Banks, Lil’ Jon, and Jazze Pha.

Dubcnn.com: Is there any one out that there that you would want to work with that you haven’t had the opportunity to yet?

I have always admired that Timbaland / Missy Elliot 1-2 punch because of the rawness of the music and the funk that’s in there. Everything they make is just infectious, it talks a lot of shit, and it’s got melody. I just wish that at some point in time in the 90’s or early 2000’s I could have made some songs with those two.

Dubcnn.com: Well, $hort, that’s all I got for you this time around. Hopefully we can catch up with again soon!