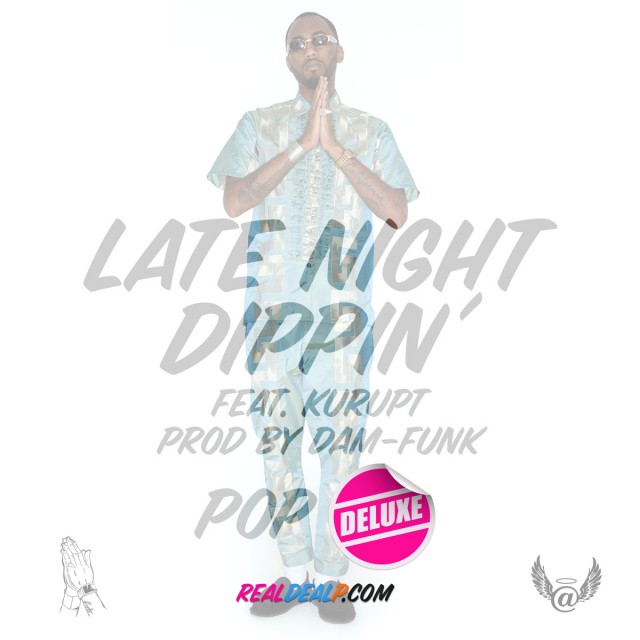 Los Angeles based Polyester the Saint is a producer, rapper, singer and multi-instrumentalist that has been behind the scenes for a minute.

He was the driving force behind “Curly Tops & Nautica Jackets“, a scene-capturing, L.A.-artists-only mixtape that featured Pac Div, U-N-I, Blu and Dom Kennedy, which we dropped in 2009.

Since then Polyester has also produced for Mac Miller, Too Short, E-40, Kurupt, Freddie Gibbs and many others. Earlier this year he dropped his acclaimed mixtape “POP”, and right now he’s gearing up for the release of the deluxe edition of that same project, available to pre-order on iTunes now.

The deluxe edition includes a remix of the single “Late Night Dippin'”, featuring Kurupt and produced by none other than Dam-Funk, check it out below and drop a comment1