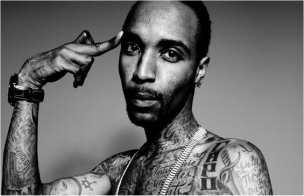 It’s been almost a year since Ca$his dropped his album “The Art of Dying” released via iTunes.

In the lead up to it’s release we brought you the free mixtape entitled “Church On The Move” which was over 22 tracks deep and featured K-Young and Black TK.

Tomorrow Ca$his will be back with a brand new project, entitled “The County Hound 2” which will feature verses from Kuniva, Obie Trice, Dirty Mouth, King Los, K. Young, Mistah FAB,Roccett, Crooked I, Goldie Gold and Demrick over production from Rikanatti and Eminem amongst others.

Today Cashis has dropped a new record, produced by Rikanatti and Eminem titled “Cigarello” – check it below! Remember “The County Hound 2” is scheduled for release tomorrow. Be sure to follow Cashis and stay tuned for more news right here on dubcnn.com.