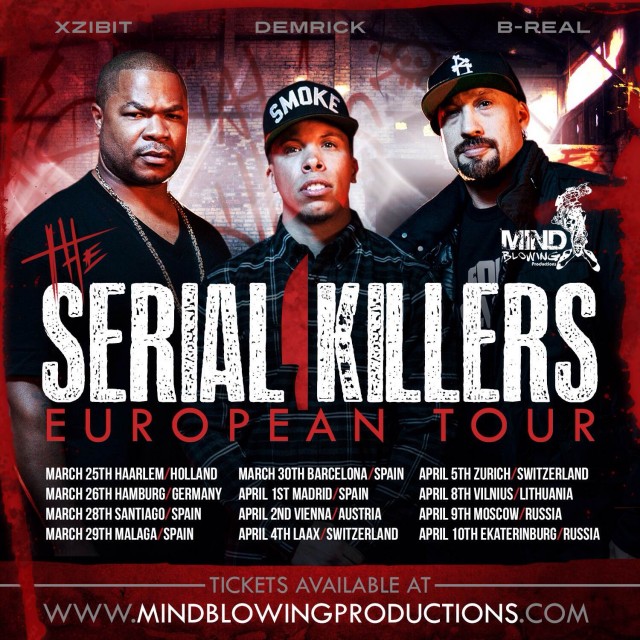 The 14 track release – first discussed exclusively with DubCNN in September 2010 – was well received by the fans and critics alike.

Today we can bring you a brand new video – as well as news confirming the three MCs are taking their killer show on the road to Europe!

First up check out the video for “Angels Come Calling” (performed by B-Real and Demrick over a DJ Khalil instrumental. The video was shot at the recent Cannabis Cup in San Bernardino, where B-Real was crowned “Stoner Of The Year” as well as during the most anticipated High Times Magazine cover, for which B-Real will be posing with Snoop, Method Man and Redman.

As above we can officially confirm that Mind Blowing Productions have announced “The Serial Killers Tour” which will see Xzibit, B Real & Demrick  kicking off in Holland on March 25 and clossing out in Russia on April 10th. A full tour itinerary can be seen below!