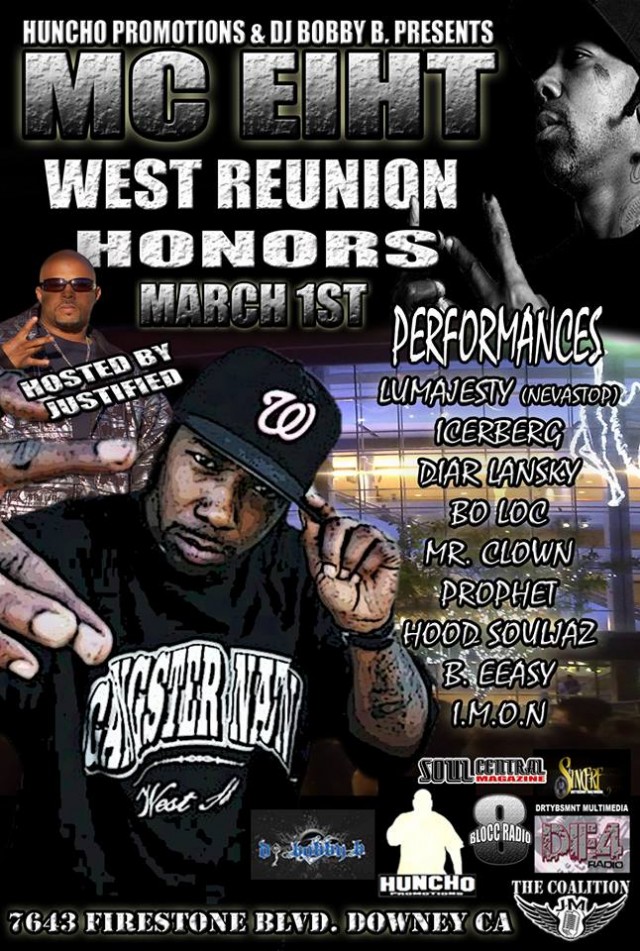 At the beginning of March, Huncho Promotions presented the “2014 West Reunion” to honour MC Eiht and Kokane and showcase new talent.

We teamed up with West Haven Blast to get exclusive footage from the event – including getting a few words with MC Eiht, Big2DaBoy and also the illusive E-White! Watch the video below to catch footage of them all performing, some chat with the artists – for those wondering where E-White has been he answers those questions and more!