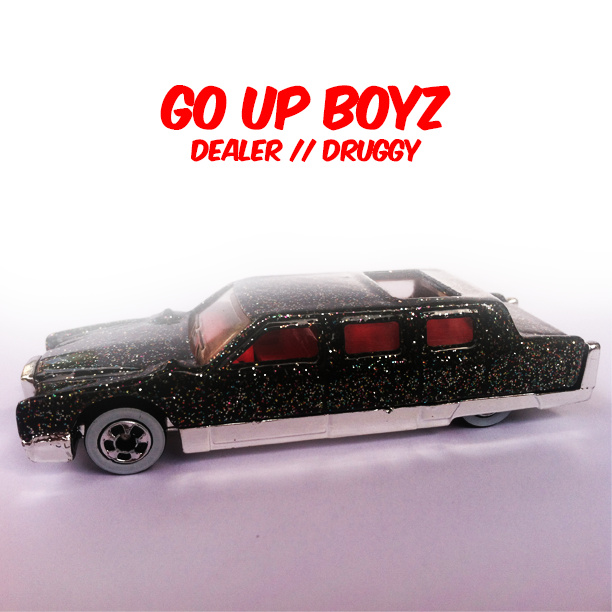 Scavie Scoobs and Woozy Medz have embarked on an epic drug-induced adventure with their debut EP, “DEALER // DRUGGY” under the name Go Up Boyz.

Woozy has worked with Custom Made since the mid 2000’s while in the LA hip hop crew Brothaz Bent and was extensively featured on their 2010 LP Hi-Def. Fast forward to 2013 and after several successive nights of substance abuse they decided to form Go Up Boyz.

“DEALER // DRUGGY” is entirely produced by ATL producer BrvnNu, who is signed to Bangladesh Production Team. So far they’ve dropped two videos, check them below and get the EP from BandCamp now!