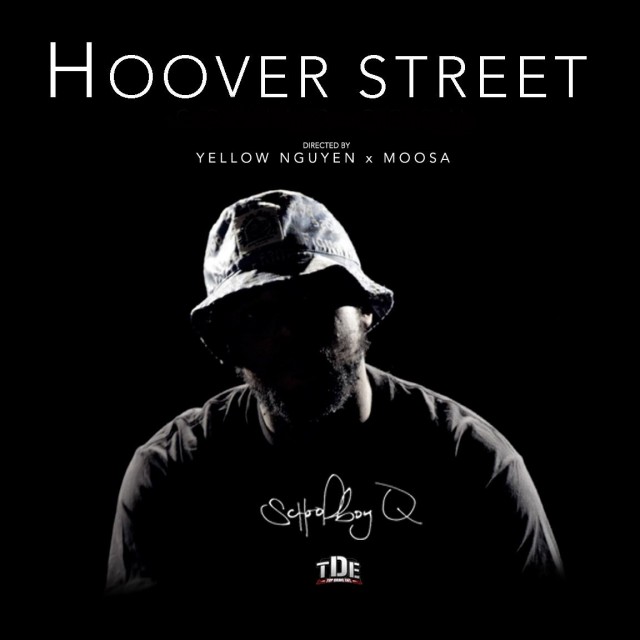 Last month ScHoolboy Q  dropped a new video from his “Oxymoron” LP which charted at the No. 1 spot on the Billboard 200 albums earlier this year.

The visual for “Studio” was directed by JeromeD featuring BJ The Chicago Kid.

In the lead up to the album Q released “Collard Greens“, Man of the Year, “Banger (MOSHPIT)“,‘Break The Bank‘ & “Blind Threats” before the Target Deluxe Bonus track “Californication” featuring an appearance from A$AP Rocky and then the video for What They Want with 2 Chainz.

Today he’s released the visual for “Hoover Street”- watch below!

To celebrate the latest Top Dawg Entertainment release, we dropped our Schoolboy Q Audio & Video collection before reminding you to head over to iTunes to get the album!