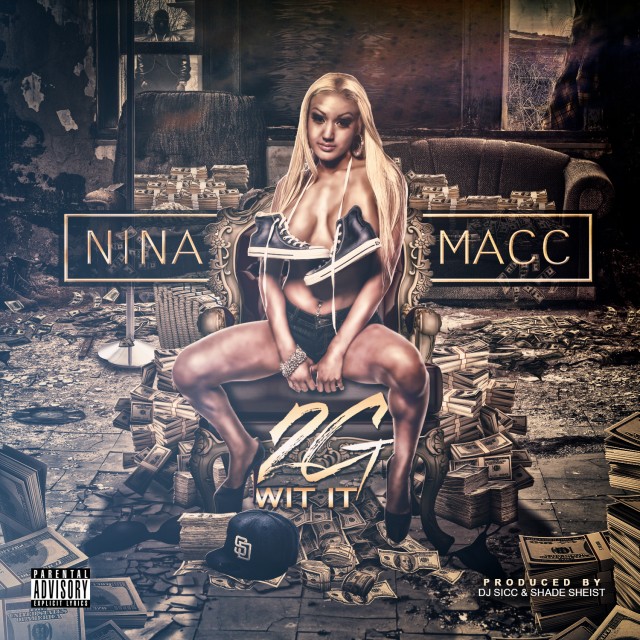 San Diego, CA representer Nina Macc is currently wrapping up her debut LP “Memoirs Of a Boss Bitch” due this fall under Emacculate Music Group.

This year she’s released a grip of singles alongside her production partners of Shade Sheist and DJ Sicc.

Tracks including “I Sit On Ya Face,” “Business Of Breakin,” “Straight Fuccn” produced by Shade Sheist and Krohme, “Factory Sealed,” [and its hard-hitting remix “What A Real Bitch All About“] as well as “Royalty.”

Today we can bring you “2 G Wit It” once again produced by Shade Sheist and DJ Sicc, listen below.