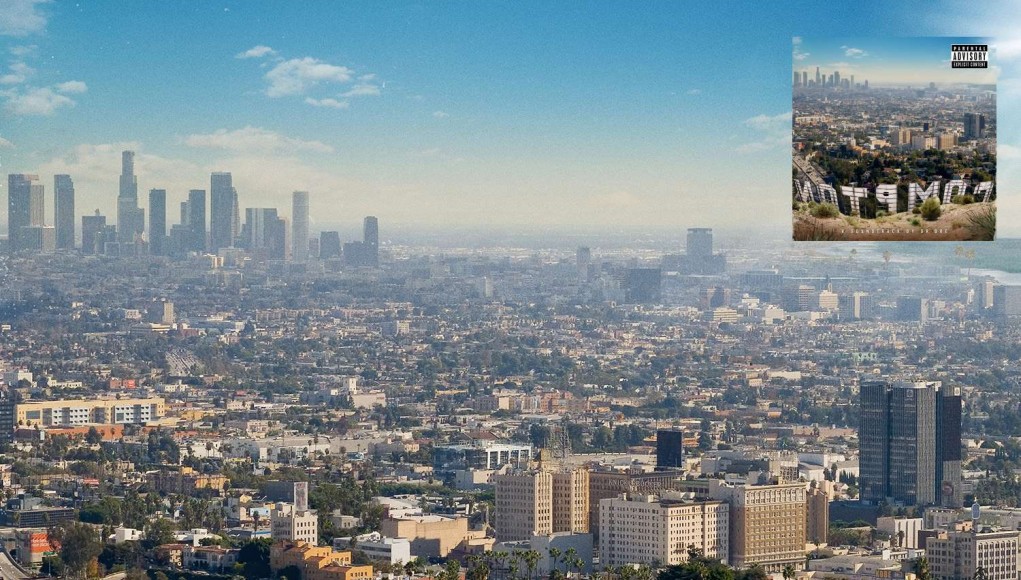 I’ve waited over 15 years to say this! DubCNN was founded on the back of the then Westcoast Affiliates Forum (now West Coast Connection forum) – that forum was formed from the ashes of the Dre 2001 forum of that era in 1999. The entire community of our forum helped birth DubCNN and our last 13 years in the game could be said is down to what “2001” did for Hip-Hop – and more importantly what the post 2001 era was lacking in the way of online support for the Westcoast.

Today, August 7th 2015, is a momentus day as Dr. Dre has returned with his third – and we believe – final album.

Gone is the promise of “Detox,” gone are the delays and fan frustration at a lack of new music, gone are the naysayers and doubters that Dre would ever release another solo LP. What we can do today is usher in an album that was born in the mind of Dre while on set of the N.W.A. movie. “Compton: A Soundtrack by Dr. Dre” has arrived.

Yesterday we confirmed that the release would see him donate all his artist royalties from the album sales to help build a community center for the youth in Compton;

“I reached out to the Compton mayor’s office, got in touch with the mayor, Aja Brown, and I’ve decided to donate all of my artist royalties from the sale of this album to help fund a new performing arts and entertainment facility for the kids in Compton. I’ve been really trying to do something special for Compton and just couldn’t quite figure out what it was. [Brown] actually had this idea, and she was already in the process of working on it. I said, ‘Boom, this is what we should do.”

Today the 16 track “Compton” was released exclusively via Apple Music & iTunes and there’s no doubt it’s brought Hip-Hop fans out in their millions and in turn the internet to it’s knees today as everyone is either listening to or talking about the project. Dre has always been about that new talent and on “Compton” with contributions from Eminem, Kendrick Lamar, Snoop Dogg, Ice Cube, Xzibit, Candice Pillay, Justas, King Mez, Marsha Ambrosius, Cold 187um, BJ the Chicago Kid, Anderson .Paak, Asia Bryant, Jull Scott, Jon Connor shows that Dre, like on “2001,” has both legends and newcomers covered.

We’ll be dropping a full review soon but for now we don’t want to write too much to pre-judge the album, you need to spin it now and form your own opinions – what we will say is that sonically this is next level Dr. Dre, and the fans are already talking – below are some comments from the  West Coast Connection forum and our wider readership;

WalterOhDim: “2 songs in this shit is fuckin different and awesome!  Yea no doubt this will be like 2001 … will take time to settle in … then boom! It’s All on Me” one of the best I’ve heard in YEARS! WOW!”
Matty: “ok the intro is on shit is already epic”
Sccit: INSTANT CLASSIC IN TYPICAL DRE FASHION
RECOGNIZE187: This is on some next level shit! even Cube and Snoop switched their style of rappin …! its classic! Even tho there are no g-funk beats all the beats are dope ! some next level west coast shit ! Talkin to my diary and its all on me really touched me!
U.N.T.O.U.C.H.A.B.L.E.: its not classic but i do like the new sound.
geezy: Thank You Dre! All the vet delivered, Beats on Point, Album slows nicely. Kinda have a deal feel to it, Love it!
PLANT: This album is fucking awesome. Beats are amazing. Kendrick kills it, eminem kills it, even Dre sounds fresh. Snoop sounds crazy on one shot kill, never heard him like that before. The game track is a straight west coast banger! Hooks and melodies are dope. Amazing album….thank you Dr. Dre
The_Offence: its a solid project but not a classic. the word classic  is thrown around way to freely these days.
Adon: I kinda don’t want to see production credits for this.  I’m cool just knowing Dre had his hands on everything.  If it were 1994 every song would just say produced by Dr. Dre anyway. I’m trying not to compare it to his previous albums.  It’s weird because the album just came out of the blue.  2001 had a long build up to the album release (live performances, guest production etc). I’m glad it feels like an album.  There’s a common energy/vibe in all the songs.  I like that. A few of the hooks do walk the line of being corny. Bone Thugs sample is tight. Not sure that it met my expectations.  It went right when I was thinking left.  Not a let down, just not what I was expecting.  New (to me) artists on this sound cool.  I wish Kurupt was on it tho. Just put on my Beats™ Studio Headphones.  This is probably the best sounding album I’ve ever heard.
The Predator: Record is hot, some of the shit is fucking BANGING! Well done Dre, well done.
Enigma: The album is exactly what I expected and wanted. A cohesive piece of work that is really best listened to all the way through. Thanks Dre, we needed this.
West Coast Veteran: Love the album. West Coast been producing some great music this year Kendrick, Vince Staples and now Dre.
David Gutterman: David Gutterman approves this album! I like it! Celebrating Dre day!
LAC/EASTSIDE: Album is full of GOOD SONGS. Bunch of good shit. This shit is probably better than 90% of the queer shit that’s on today. BUT…..you have to be a fanboy to say this is a classic. This isn’t 2001 or Chronic. It’s missing the CLASSIC tracks. There isn’t a standout BEAT. It isn’t revolutionary. It’s isn’t as consistent as his other shit. Still great album though. You can’t hate on this. By the way, That Premier beat is SICK! Just wish Cube and Snoop spit on it.
DJMR: So after a quick listen… All I can say is I’ll need a couple more listening sessions! It’s very different from the other Dre albums. First of all, there’s a different vibe on a lot of the tracks. It’s leaning more towards modern trap drums/hi-hats. Dre/Game/Snoop and a couple others surprised me with their flow, going the Kendrick Lamar kind of screamish/broken voice rap. I didn’t even recognize Snoop at first on One Shot One Kill. For me, it will probably take a while to appreciate it because I used to listen to the more laid-back Dr Dre sound, and this is going in a very different direction. There’s multiple layers of sounds and voice effects. Multiple beat transitions, hooks and filters. It’s very jazzy, mixed with an old-school kind of vibe with modern drums. I like it overall, I feel like I’ll need some time to digest eveything and kind of ”wipe” my brain from the kind of sound I anticipated from a new Dre album, after listening to 2001 probably way too much. That being said, it’s so clean and well mixed. The way each song transitions into each other, the sequencing of the album… You can tell from the get go it is a Dre album.
Alex Wall: With 2001 being the soundtrack to my pre-teens, I’ve always had a soft spot for Dr. Dre. However, I never thought I’d have to wait until I was 24 to hear a follow-up. On first listen, I’m left a bit disappointed until the last track kicks in, ‘Talking to My Diary’ which reminds me of the Dre of old. There’s no doubt in my mind that this album will be a grower, however, I was expecting more.
.:Hercy Buggz:.: Are some of you old enough to remember when 2001 came out? It took some times for people to get on it because it wzs different from the previous work. Also it is a different era different game so after being in the game for more than 25 years, I believe this is a good representation of his whole career, you have some hard gangsta rap, some better sounding trap and some jazz element like The Chronic had.
Cey_Cey: when you hear the bridge on “talking to my diary” if you don’t imagine Nate [Dogg] is singing it, get the fuck out of this site.
Drop your comments below, or join the DubCNN forums here.