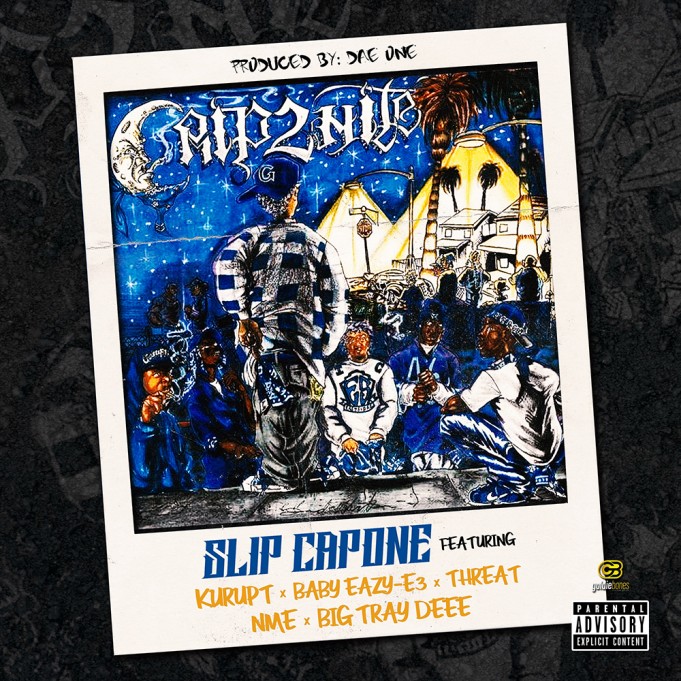 It’s been a hot minute since West Coast underground veteran Slip Capone – commonly referred to as “The Mayor of Hawthorne” – last dropped off new music on DubCNN.

The man who made a name for himself early on in his career linking up with Death Row Records (“Murder Was The Case” OST) went on to collaborate often with the Dogg Pound family and released two digital albums; Caponey Boy The Album and Kill The Industry via CD Baby.

In recent years we brought you his unreleased joint from 1993 from the Death Row Records vault called Misery by Kurupt & Slip Capone, a second unreleased record called Don’t Come Around Here by Roscoe, Slip Capone and Bad Azz, Self Made alongside Astal, Nipsey Hussle and Feddie DeMarco, a solo cut called Jheri Curl Music and then in 2012 we had his last new music, 4th Of July (Produced by Dae One) and his 21 track project “2G12 : The Nibiru Mixtape.”

Slip is now back alongside Dae One finishing up a collaboration project laced entirely by Dae One called “SupaGangsta” to be released on XCVI Recordings.

The first single from the project is available on iTunes and is called “Crip2Nite” and sees him enlist an all-star cast of Kurupt, Baby Eazy-E3, Threat, NME & Big Tray Deee! Give the track a spin below and lookout for a new track on DubCNN soon, along with the albums release date!