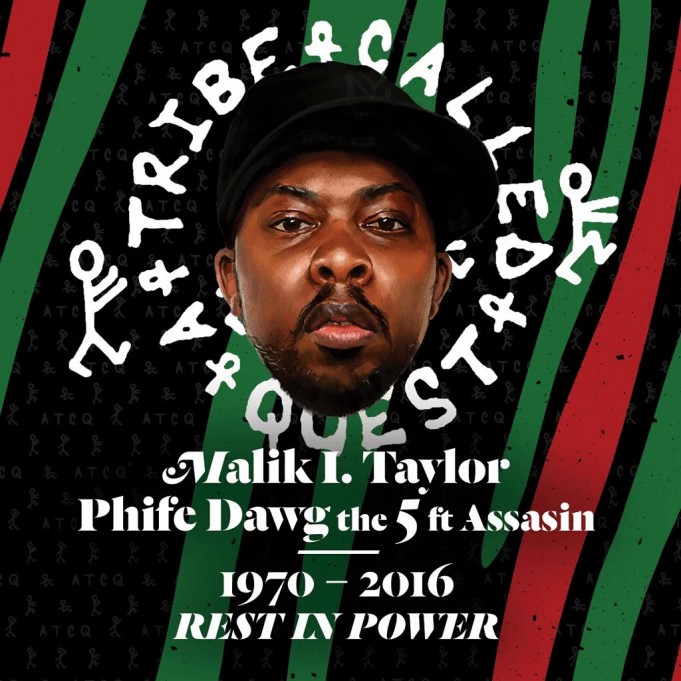 Malik Taylor aka Phife Dawg of A Tribe Called Quest lost his battle with diabetes today at age 45, confirmed by a family spokesperson. The musician had been struggling with ill health and diabetes for several years, and received a kidney transplant from his wife in 2008.

Phife, born in 1970, co-founded the rap group A Tribe Called Quest in 1985 with his classmates Q-Tip, Jarobi White, and Ali Shaheed Muhammad. One of their hits came in 1991, with the single Can I Kick It? Phife and his ATCQ fam performed the hip hop classic on The Jimmy Fallon Show , as they marked the 25th anniversary of their debut album People’s Instinctive Travels and the Paths of Rhythm. Other CLASSIC albums include The Low End Theory, Midnight Marauders, Beats Rhymes and Life, among others. Well known cohorts of Phife and ATCQ include De La Soul, Jungle Brothers, Leaders of the New School, Queen Latifah, Monie Love, J Dilla, Busta Rhymes, and many more. News of Phife Dawg’s death emerged on Twitter, where producer and broadcaster DJ Chuck Chillout posted an RIP message in the early hours of Wednesday morning. Phife Dawg will be missed.
#5footassassin

A TRIBE CALLED QUEST has just released an official statement:

“Our hearts are heavy. We are devastated. This is something we weren’t prepared for although we all know that life is fleeting. It was no secret about his health and his fight. But the fight for his joy and happiness gave him everything he needed. The fight to keep his family happy, his soul happy and those around him happy, gave him complete and unadulterated joy… until he heeded his fathers call.

We love his family his mother, his father, his son, his wife, his nieces, his family here in New York, Atlanta, California and Trinidad.

Thank you for the outpouring of prayers and support from the fans, fellow artists, music outlets, blogs, radio stations, DJ’s, social media and the music community at large. This too is part of his joy and means a lot to him. His family is overwhelmed by the support, well wishes and are thankful. His music and what he’s contributed is seismic and hard to measure. He’s affected us as much as he’s affected all of you. We’re inspired by his daily joy and courage. He wasn’t in pain. He was happy. We take comfort in knowing he will be beside his grandmother.

We ask that you respect our privacy at this time.”