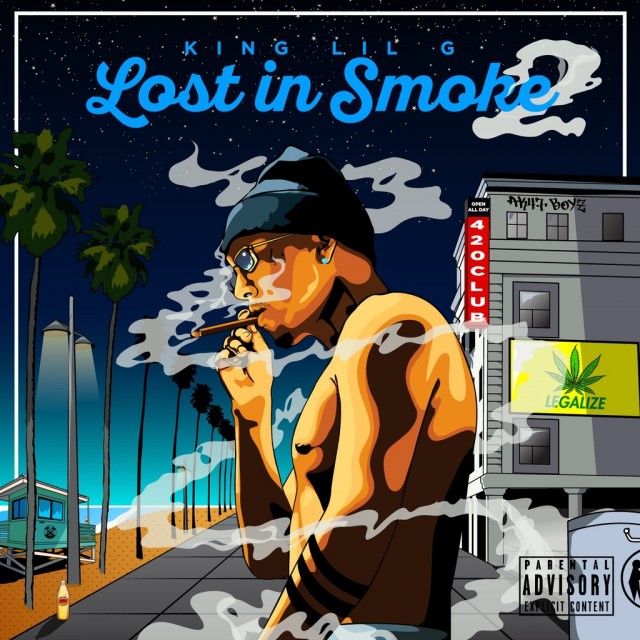 “2Pac famously said ‘It wouldn’t be L.A. without Mexicans.’
King Lil G is the grown-up kid who heeded his call” – LA Weekly

On April 20, 2016 — Inglewood hip-hop artist King Lil G releases his highly anticipated brand new album Lost In Smoke 2 via DEL Records. The 15-track LP is a testament to King Lil G’s rebellious past reflected with an authentic message of hope for his young fans. With production from Hit-Boy and League Of Starz, Lost In Smoke 2’s featured artists include Tory Lanez, Too Short, Bun B, Baby Bash, Nipsey Hussle and more.

“I’m excited to work with more artists and I will continue to grow. But no matter what, I will always make music for the streets and my people in the struggle,” – King Lil G.

Lost In Smoke 2 follows the 2015 release 90’s Kid that hit #3 on the Billboard Independent Album Chart. Listen to two songs from the new album below.