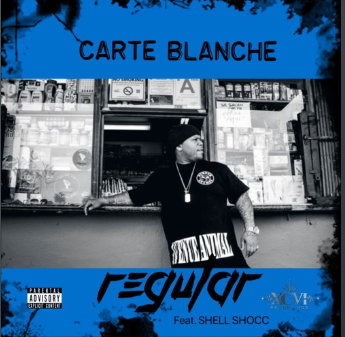 The track, where he took some of the classic beats we all know and love and put his own twist to the iconic tracks, was well received but people asked how Carte Blanche would sound on something more original. Well that question has just been answered as Carte just released the single to his upcoming summer project coming out on Dae One’s XCVI Records.

Laced by his blood-cousin Noni Antonio, the single called “Regular” shows that this young man is anything but. Check out the track featuring Shell Shocc below.

Word has it that a remix is in the works with a few West Coast legends as the young artist is already getting a stamp of approval from the vets. Stay tuned for more information on that in the near future but for now, go ahead and bang this new one from a promising new Los Angeles talent.

When he’s not recording, Carte Blanche is out pushing his “Animal Avenue” clothing line that he just recently started. You can learn more about the artist and the clothing line on Instagram.