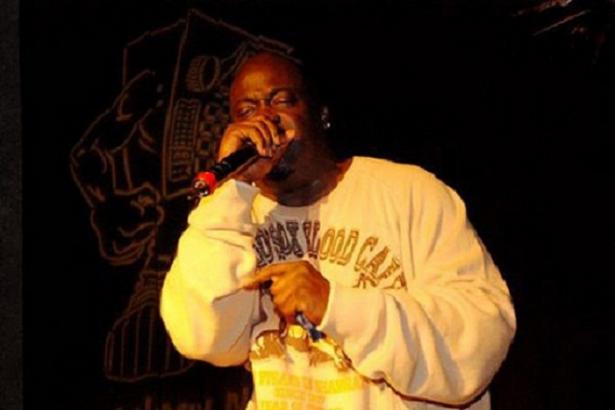 A little under a week ago we dropped the Kokane mixtape Dr. Kokastien forFree Download and via our Streaming Audio Players which featured the single Doja featuring Above The Law’s KMG.

A few days ago we received word that KMG had passed away via the Twitter accounts of Kokane and Shade Sheist. We held off on reporting out of respect to KMG’s family until official word was made available.

Today Big Hutch of Above The Law released this statement;

“I would like to thank everyone for their condolences during this unexpected difficult time for myself, the group Above The Law, as well as our families and close friends. I had received a phone call Friday night, July 6th, that KMG had collapsed in the shower from an apparent heart attack, but that fact is to be determined after we get the autopsy report.

There was no foul play involved and my dear friend KMG’s death was simply by natural cause. It is shocking and tragic to all of us because he showed no symptoms that he was suffering from any type of heart disease or any type of other illnesses. Plus, I was just on the phone with him and Total K-OSS a few days prior discussing the new Above The Law album and my upcoming solo release with Psychopathic Records. We were further discussing, as Above The Law, it was time to move on the with the project and were coordinating plans to do so; then this had happened.

I also would like to thank everyone for their patience in me responding to media and other close online publications. KMG and I, as you all know, go way back since the best years of Ruthless Records and prior. He has been my right hand man along with Total K-OSS and his abrupt passing was just totally unexpected and shocking to all of us. I personally have been in a daze since receiving the news and I just needed some time to myself and to put things back into perspective so I can re-focuse on the commitments and obligations I have to music and Hip-Hop. If I hear anything else that our fans need to know, I will indeed inform the powers to be and get that information out to everyone.

Once again, thank you everyone for your caring concerns and the love you still have for KMG, myself, and Above The Law after all these years. And as with Eazy, we will continue to keep his memory and legacy alive through music.”

The entire Dubcnn family wish to extend our thoughts to KMG’s family and friends at this sad time. We leave you with the last ATL song released on Dubcnn Doing My Thang featuring Tha Chill.