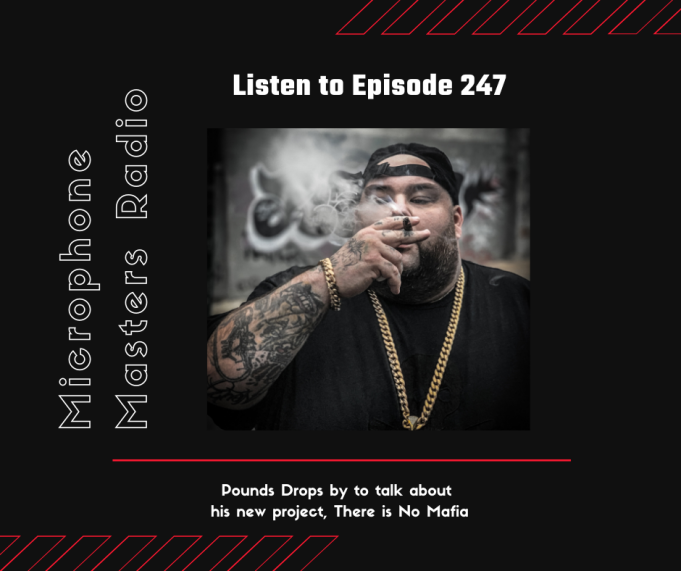 From the Big East Coast, Pounds joins this weeks Microphone Masters with J-Luv and Starr Saxxxon!

Often when you think of East Coast Hip Hop or Underground Hip Hop from that side of the country, words like grimey and gritty come to mind with audio soundscapes that allow the best of wordsmiths to paint a vivid lyrical picture.

Pounds possesses the voice and the skills to create a soundtrack of the streets. He talks about his Supreme obsession, what makes him smile and the often avoided topics that are rarely broached.

Check out tracks like the new one from Blaze Rock and Pac0naut knows as BP Mercenaries, Blu & Exile, Masta Ace, SugaKane and Black Soprano Family to name a few.