DubCNN.com // West Coast Hip-Hop : Daily For Over A Decade
Home Features On The Come Up On The Come Up: Hyte (Includes “Do You” With Glasses Malone)
Facebook
Twitter
Pinterest
WhatsApp 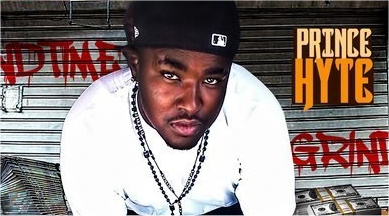 Today we’re taking a moment to introduce a new artist to Dubcnn – but not to the game.

Every now and then we have to hold our hands up and acknowledge when an artist out west is making moves and we’ve been sleeping.

Today is one of those rare occasions – in the streets, he’s known by many names: Hyte, The City Boi and The South Central Prince— but whatever you know him as you can’t dispute his hustle.

The South Central, LA native spent his youth skirting danger to rise above a troubled environment and focused on becoming a recording artist. His quest began way back in 2002, after a childhood friend, Drawz, told him about a mixtape studio on Slauson and Crenshaw called, AGs.

He then linked up with Jahsee who helped him release hus debut street album, “Success Disappointment,” which Hyte says was “a rushed but good project that sold 10,000 copies, many from the trunk of his ride.”

From there he pushed on releasing his first mixtape, “The Worldcycle,” the first of three projects that producer Tommy Gunnz helped Hyte put together. His next mixtape, “The South Central Prince,” demonstrated Hyte’s versatility and its success secured opening slots for some of the biggest L.A. artists such as Nipsey Hussle, Glasses Malone, 2nd II None, Kurupt and Bad Azz. Additionally he secured greater attention after opening for major national acts such as Petey Pablo and the Academy Award-winning Three 6 Mafia.

Then last year he dropped “The City Boi” and “Grindtime Music” mixtapes which really caught the attention of a wider fanbase.

Late last year he dropped the first single off his upcoming mixtape “P.O.M.E (Product Of My Environment)” titled “Do You” featuring Glasses Malone over production by Tommy Gunz and that is the record we are bringing you today – check it out below.

Stay tuned to Dubcnn for more from Hyte from now on and then ensure you follow Hyte on Twitter.