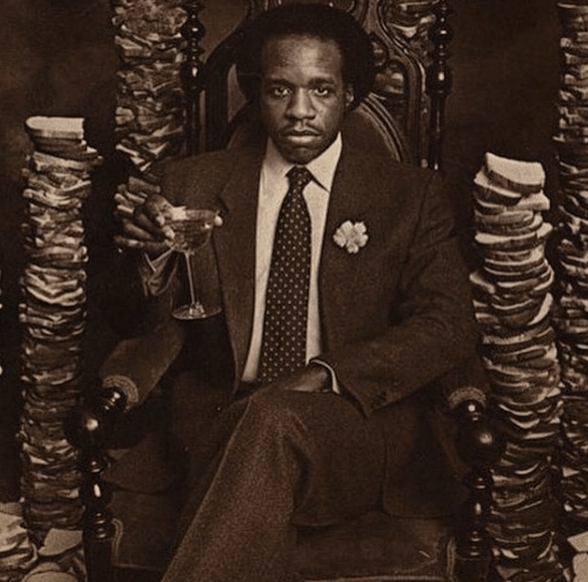 Walter “Junie” Morrison, who played keyboards in Parliament-Funkadelic and the Ohio Players, died on Saturday.

“It is with great sadness that the Ohio Players have lost on this earth another one of the original members of the band Walter ‘Junie’ Morrison,” the group’s James “Diamond” Williams wrote on Facebook. “When I got in the band in 1972 he was my roommate on the road and a brother-in-law, at one time being married to my wife’s sister. The voice of granny in the funky worm, an incredibly talented individual … RIP PLAYER 4 Life. We send our condolences to his family and his friends and fans.”

With the Ohio Players, he arranged and co-wrote 1972’s “Funky Worm,” a 1972 Pleasure track whose keyboard synthesizer would be at the backbone of the G-Funk sound and the 90’s era west coast music scene. Dr. Dre, Ant Banks, Digital Underground, Ice Cube, N.W.A, DJ Quik, Snoop Dogg and a multitude of others were inspired by Junie Morrison and his work with the Ohio Players and Parlaiment-Funkadelic.

Too Short would use several Ohio Players-inspired songs to create a catalog full of funk. With “Sample the Funk”, on 1995’s Cocktails album, Too Short, Ramon “Pee-Wee” Gooden, Tony T, Shorty B, and Ant Banks would re-create “Funky Worm” into a funky rendition that surely made the originators happy. On the track and throughout, Too Short acknowledges and shouts out the creators of funk: James Brown, George Clinton, Bootsy Collins, Johnny “Guitar” Watson, the Ohio Players, and more saying, “We know where the funk came from”.

Other notable west coast producer’s and artists would use multiple elements of “Funky Worm” to christen their sounds. Components of “Funky Worm” can be found throughout a west coast music catalog that has gems like “Serial Killa” and “Y’all Gone Miss Me” from Snoop Dogg, Ice Cube’s “Wicked”, N.W.A’s “Dopeman” and several more.

In moving on from the Ohio Players, Morrison would go solo for a few years before joining George Clinton‘s Parliament and Funkadelic groups. Junie became an instrumental member of both groups, co-writing “One Nation Under a Groove,” the danceable title track of the group’s 1978 LP alongside George Clinton and guitarist Garry Shider. A myriad of west coast classics were made with Junie Morrison’s “One Nation Under A Groove” fingerprints all over them like “Bop Gun” from Ice Cube, Digital Underground’s “Tales of the Funky”, Spice 1‘s “Peace to My Nine”, Above The Law‘s “4 The Funk of It” and more.

In addition to “One Nation Under a Groove,” he wrote nearly all of the songs on the album, and although he didn’t contribute songwriting to the album’s 1979 follow-up, Uncle Jam Wants You, he played on the album, including the hit “(Not Just) Knee Deep,” which would later be sampled on Dr. Dre’s “Fuck Wit Dre Day.” In fact, on 1992’s The Chronic Dr. Dre, assisted by Colin Wolfe and offering a more upbeat tone in his music, featured a slowed-down interpolation of Funkadelic’s “(Not Just) Knee Deep” and transformed it into the booming, deep-funk track “Fuck Wit’ Dre Day”, which helped to define the G-Funk sound with fat basslines and hardcore synths. Featuring Snoop Doggy Dogg, Jewell, and RBX, “Fuck Wit’ Dre Day” and the ensuing production style became the standard for west coast hip hop throught the mid-90’s and beyond. Dr. Dre himself would utilize “(Not Just) Knee Deep” for other records including Snoop Doggy Dogg’s “What’s My Name (Who Am I?)” off 1993’s Doggystyle and 2Pac‘s “Can’t C Me” from the multi-platinum All Eyez On Me.

Morrison’s continued work with funk legend George Clinton included work on several of Clinton’s solo albums like Computer Games, which included the hit “Atomic Dog.” While not credited as a writer, Junie Morrison nontheless was pivotal in the orchestration of “Atomic Dog”, and the resulting popularity for sampling the now classic funk song and others was the subject of numerous Bridgeport Music, Inc. lawsuits involving artists rights to sample music from the Clinton catalog. One of the most successful records that used the “Atomic Dog” sample was Snopp Dogg’s debut single “What’s My Name (Who Am I?)” off the 1993 DoggyStyle release from Death Row Records. Produced by Dr. Dre, the song features samples and interpolations from George Clinton’s “Atomic Dog” in its chorus and throughout the entirety of the song.

We extend condolences to the family, friends, and fans of Walter “Junie” Morrison, and thank him for providing our music culture with the music, the creativity, and the sounds that we all love. Thank you, Junie!

By Chad Kiser. Only on DubCNN.