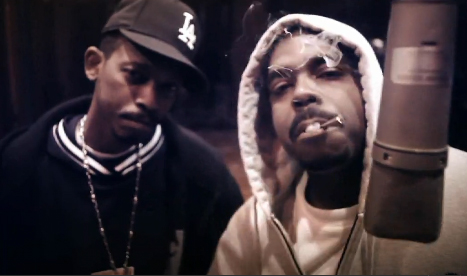 Last month Dubcnn was on the world premiere tip with the homies Daz Dillinger, Kurupt and Snoop Dogg.

The new LA anthem dedicated to their hometown, “L.A. Here’s 2 U,” saw Mr. Lion morph back into Tha Doggfather for this record, resulting in a classic DPG record.

The production, provided by KJ Conteh, might sound familiar to those of you who’ve been keeping up with Scoe (formerly Roscoe). He released the song “Sunset Strip” last year using the same beat.

Today the video for the record has been released, directed by Dah Dah, and word is an album is just around the corner!

Stay tuned for news on the album!